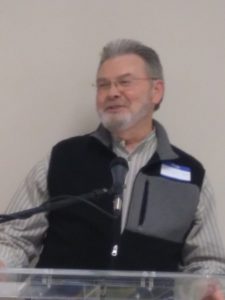 Steven is a Knoxville, TN, native. He attended Cumberland College where he was the Music and Youth Minister at Main Street Baptist Church. There he met his “redhead”, married in 1976, went to Southern Baptist Theological Seminary in 1977. In 1978, they moved to Dallas, TX, where he served in two different churches while attending Southwestern Baptist Theological Seminary. After graduation, he and his family moved to Kodak and Knoxville, TN, consecutively, where he was pastor of French Broad Valley Baptist and Stock Creek Baptist. In 1990, he and his family followed the call to serve with the Foreign Mission Board, SBC (International Mission Board, SBC) where they served 25 years in Germany.   In 2015, answering the call of God, he and his wife, Susan moved to Williamsburg, KY, where he now serves the SUMZBA.  He enjoys teaching at the University of the Cumberlands and driving the Ole Gentleman, his 1952 International truck. 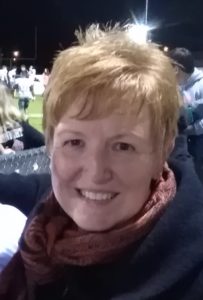 Although born in Ft. Thomas, KY, Susan grew up in Williamsburg and graduated from Williamsburg High School in 1975. She attended Draughon’s Business College, Knoxville, and Walyon Baptist College in Texas. She married Steven in 1976, and they became proud parents of a daughter, Elizabeth Ashleigh in 1981 and a son, Steven Matthew, in 1985. They have 6 grandchildren ages 18, 16, 6, 6, 4, and 3. Susan enjoys reading, cross-stitch, and quilting.